One and 1 more Products 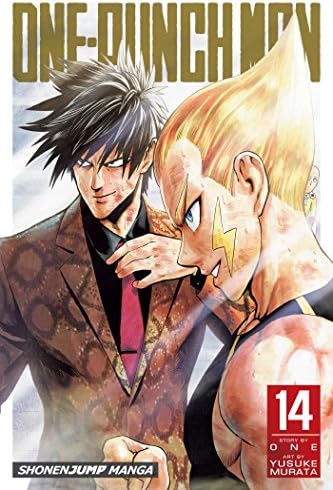 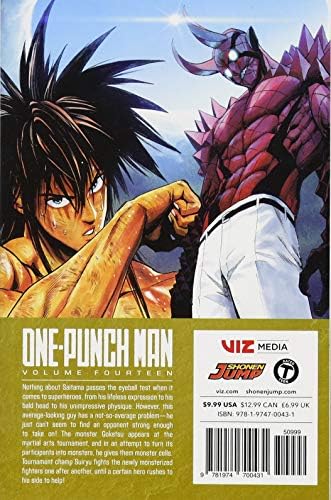 Life gets pretty boring when you can beat the snot out of any villain with just one punch. Nothing about Saitama passes the eyeball test when it comes to superheroes, from his lifeless expression to his bald head to his unimpressive physique. However, this average-looking guy has a not-so-average problem - he just can't seem to find an opponent strong enough to take on! The monster Goketsu appears at the martial arts tournament, and in an attempt to turn its participants into monsters, he gives them monster cells. Tournament champ Suiryu fights the newly monsterized fighters one after another, until a certain hero rushes to his side to help! This action-packed superhero comedy about one man's conviction to be a hero for fun is one of the best-selling manga series of the past three years!

Manga creator ONE began One-Punch Man as a webcomic, which quickly went viral, garnering over 10 million hits. In addition to One-Punch Man, ONE writes and draws the series Mob Psycho 100 and Makai no Ossan. Yusuke Murata, a highly decorated and skilled artist best known for his work on Eyeshield 21, won the 122nd Hop Step Award (1995) for Partner and placed second in the 51st Akatsuka Award (1998) for Samui Hanashi.

Bought for my son. He's loving working through the series of books

Hottest manga on the market right now. Absolute must read, filled with action, comedy and slice of life elements. Amazon has the best price!!


but a good one regardless

This one is a bit shorter than usual unfortunately (it's visibly thinner than other volumes), but a good one regardless. Some pure Saitama moments in there! But now we have to wait till JANUARY for vol. 15 uness we learn Japanese!!! damn

GREAT MANGA, PITY NUMBER 15 IS ONLY IN SPANISH AT THIS TIME.


Saitama to the rescue once again

One of the best Manga series ever


If you've read the others you'll like this one.

I liked it just as I knew I would. An entertaining read.